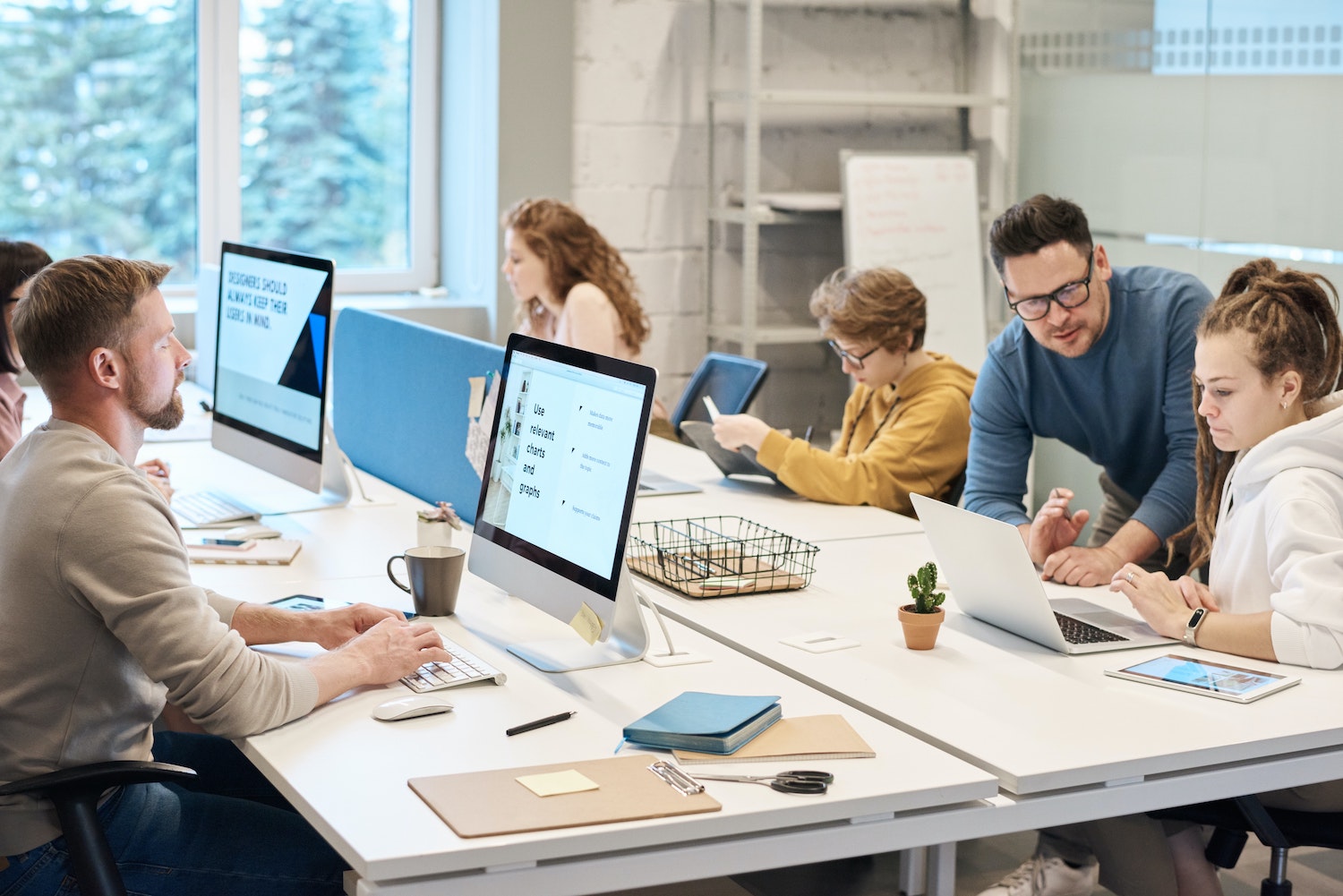 You’re unlikely to walk into a major tech company and be met with rows of private offices or cubicles. Thanks to tech giants such as Facebook and Google, the corporate world has come to believe in the idea that to work in better harmony between different teams, the walls need to come down.

However, a Harvard study on open-plan offices may show that they aren’t the best option for every type of business (even though open offices are good for others).

The first thing you may assume about an open office concept is that it’s just an open space with tables strewn about and people with headphones sitting across from each other. The workspaces may be dedicated to individuals, or it may have a first-come-first-serve policy. Open offices may even offer partial cubicles to allow for some form of privacy, however, they aren’t obtrusive enough to inhibit communal communication.

Free-flowing communication is the ultimate goal of an open office. Good floor design makes the best use of an open office, as it allows upper-level executives to work alongside junior employees. Since major corporations have adopted this practice, many startups have jumped on the bandwagon to find the best open office design layout.

While the concept of open offices has been around for decades, in the past few years, the adoption of an office without walls has grown exponentially.

Interactivity With The Team

The idea is that an open office will allow employees greater accessibility to interact and exchange ideas freely. There is also the idea that cross-department interaction will speed up project development.

Without borders, the employees will be able to speak directly to upper management to make essential decisions on the spot. With everyone working in the same area, the idea of hierarchy takes a backseat.

The anxiety of approaching the bosses door is no longer an issue, as they’re most likely typing on their laptop right next to you. This tactic makes interacting with your boss less intimidating, as they actively try to engage with the whole team.

Adaptability To A Growing Team

These new contemporary spaces make adding additional team members a seamless transition. With an open-space concept, you no longer have to allocate private offices or pack multiple people into a single traditional office. With an open office floor plan, you can easily shift desks and tables around to accommodate for a growing company.

As opposed to traditional offices, an open office tends to be more cost-effective when it comes to furnishing them for multiple employees. With a single large table, you can create a workspace for dozens of employees.

Keep in mind, the research on open office plans hasn’t proved that it’s the best option for many companies. So, this begs the question, is the office good or better off open?

According to Harvard’s open office concept failure 2018 study, despite an assumed increase of inter-office interaction, the open-office concept actually showed a decrease between co-workers by 70%.

Many employees complain that having an office without walls leads to a disrupted workflow due to increased noise levels inhibiting concentration on their tasks. Most of the noise generated isn’t even about work, but rather unproductive content.

Studies on open office space have shown that employees feel a distinct loss of leadership. While it may seem nice to have a boss that’s a “buddy”, this familiarity can lead to a lack of faith in the leader’s judgment. Positions of authority and the pride of achieving a superior title become pointless, as the employees can effortlessly bypass you to your superior.

Some people thrive in extremely sociable situations, and others are severely introverted. Without having a personal workspace, cubicle walls, or a private office, it can be difficult to find a moment of solace.

If there is an instance of hostility between coworkers, then the negativity can’t be allowed to dissipate over the day by separating them in different rooms. Some offices have set up quiet areas, however, even these aren’t as satisfying as having your own space.

One of the primary benefits of having an open office concept is that it can easily fit additional employees. However, this can also prove to be detrimental as it can become easily overcrowded. If you have employees that aren’t naturally sociable, it can be exhausting to have to be in constant contact with other people.

Open office space can also induce stress, depending on your worker’s personality type. By having a superior in constant proximity can be nerve-wracking, as they may feel they are consistently scrutinized.

While your definition of “what is an open office concept” may just be one large room with a long table in the middle, there are alternatives that can incorporate the ideals of this work environment while still providing the office with the necessary separation.

Instead of having the whole office in a single room, it might be more prudent to have individual rooms for specific departments. You can accomplish this with an open office layout by incorporating room dividers that can be adjusted to accommodate a team that adds additional members.

If you want to explore how to maximize communication without sacrificing privacy in your office, Versare offers superior office partitions for creating the optimal workspace. Shop now or give us a call at 800.830.0210 if you have any questions!