Skip to main content
Toll Free: 800-830-0210
Versare room dividers are popular choices for school partitions. Aside from being lightweight and easy to use, our room dividers are available in acoustical, tackable fabric, so aside from dividing space and controlling sound, they can double as classroom art walls. In this contest-winning photo set, our Room Divider 360s are used to create activity space in a common space which doubles as a church daycare. The yellow fabric choice adds comfortable charm to the fun atmosphere, and the tackable fabric is used to make portable art walls. Note how a mixture of portable and wall-mounted partitions are used - the wall-mounted for creating longer walls, and the portable for creating several smaller ones. [caption id="attachment_486" align="aligncenter" width="247"] 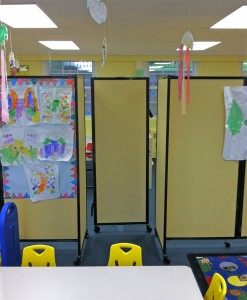 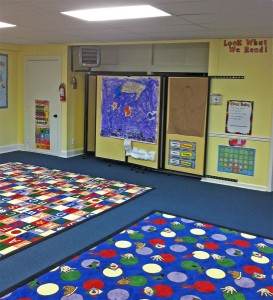 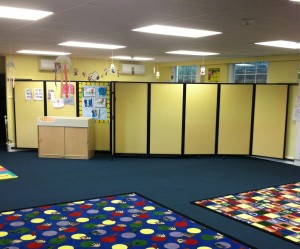 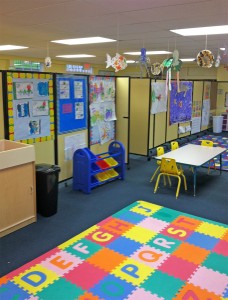