FREE Shipping on Orders of $600 or More!
800-830-0210
U.S. Bank Stadium opened in Minneapolis last fall to large, enthusiastic crowds. Home of the Minnesota Vikings, the stadium quickly became a place to see and be seen during sporting events. Its popularity will culminate with the hosting of Super Bowl 51 next February. But what stadium operators didn’t anticipate was how extreme the crowds and traffic flow in and around the concourse area would be. Lines were spilling into the concourse and in between open concession stands. They also faced the issue of closing off each stand if needed during on-field events, like the 2017 Draft Party. [caption id="attachment_1325" align="aligncenter" width="700"] 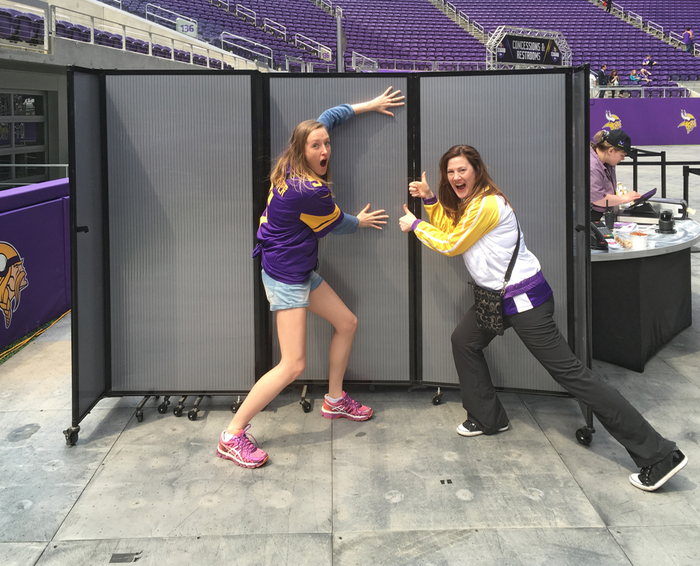 Versare's polycarbonate partitions are tough enough to ward off the most rabid fans[/caption] When stadium and foodservice operators approached fellow Minneapolis natives Versare for a solution, we were glad to help. We came up with the Room Divider 360 in a polycarbonate. It offers a level of privacy and flexibility, and it is easily washable. During open events, concession stands can now be easily separated from each other, creating an inviting space to purchase food without the crush of the crowds. In addition to polycarbonate panels, we also offer acoustical fabric and woodgrain laminate panel options. Check out the handy Versare partition panel guide to figure out what's best for your space.
×